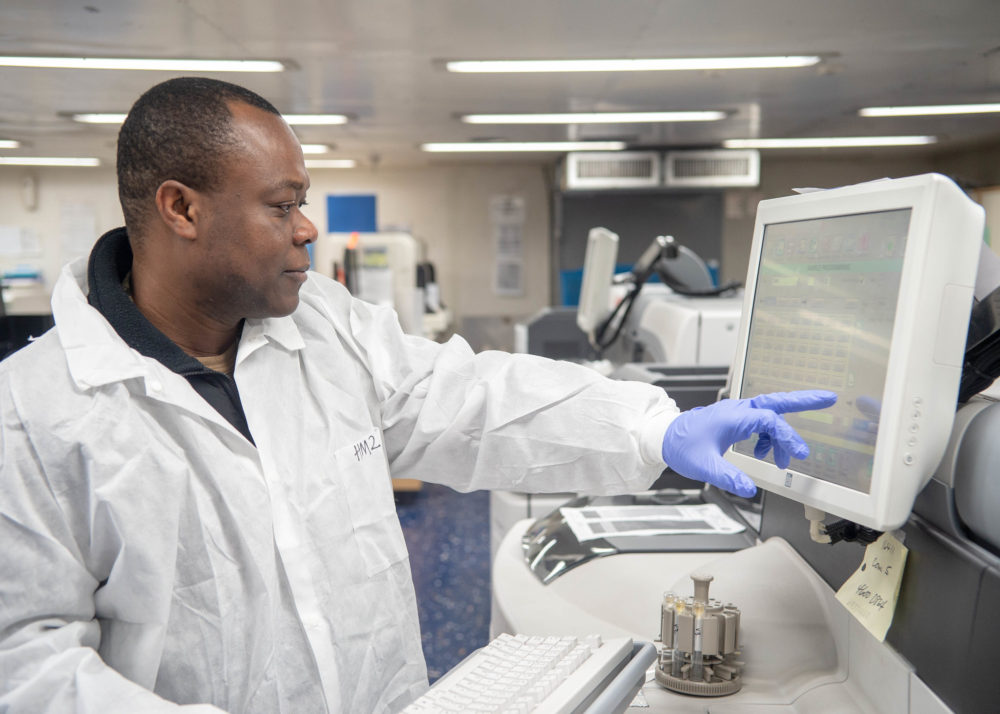 "The majority of people don't want to plan. They want to be free of the responsibility of planning. What they ask for is merely some assurance that they will be decently provided for. The rest is a day-to-day enjoyment of life. That's the explanation for your Father Divines; people naturally flock to anyone they can trust for the necessities of life. They are the backbone of a community-solid, trustworthy, essential."

As public health scientists ponder on the factors that have led to the relatively low case mortality rates caused by SARS-CoV-2 in Africa, one factor runs across globally when it comes to mortality in this pandemic generally. This is the fact that there is a correlation between a person's age and the likelihood of severe ill health, hospitalisation and mortality. With the continent having a median age of 19.7 years, it is generally accepted that age could be a major contributor to the low mortalities recorded.

Globally, median ages on most continents are expected to rise over the next decade in line with their ageing population and decreased fertility rates. On the contrary, the median age in Africa is expected to remain low or drop further in some countries. The major driver of this phenomenon is the comparatively higher fertility rates on the continent. As of the end of 2020, replacement fertility (the average number of children a woman of childbearing age should have to ensure the population is replenished and grows) in Africa was 3.4 children. This is higher than the required average of 2.1 to ensure the global population does not decrease. Moving into the era of artificial intelligence, what does this trend mean for the quality and access to health for Africans?

Estimates from the World Health Organisation (WHO) suggest that if this trend is maintained, the continent's population will more than double from the current 1.3 billion to 3 billion inhabitants by 2100. This on the surface can be seen as an advantage for the continent as many Asian countries leveraged their populations' sizes to accelerate their development. We however are of the view that the continent may not benefit from this population explosion if deliberate and purposeful attempts are not made to upskill this new human resource for the challenges of the future

A look at the current COVID-19 vaccine distribution and administration data indicates that as of the 3rd of June 2021, 2.09 billion doses had been administered globally. Of this, just over 31 million doses (approximately 1.48%) had been administered in Africa. With COVAX, the main guarantor of vaccine supplies to the continent, having a shortfall of 190 million doses and the surge of new cases in India yet to be controlled, it is unlikely that this situation will change much in the coming months. This means that Africa's quest to bring the pandemic under control may not be achieved by the end of 2021. Much as geopolitics has a part to play here, it cannot be ignored that a contributor to this situation has been the inability of Africa countries to fund or develop vaccines on their own.

In recent weeks, there have been discussions around how this situation could be rectified. In our view, ratification cannot occur without many on the continent accepting that historically African countries have not been deliberate in planning for the health needs of their citizens; preferring instead to rely on development assistance to keep the sector operational. Since the year 2000, the annual population growth rate in Africa has been above 2.45%. Yet, most governments have not factored this into the investments they make in health. With most governments budgets stretched due to competing priorities and development partners decreasing the amount of funding they provide, there has been a failure to attract private investments into the health sector. To many in Africa, health is a public service undertaken by governments.

Two decades after the Abuja Declaration of April 2001 that required countries to commit to allocating 15% of the government's budget to health, most countries are without a road map to ensure this happens. Data available for Ghana indicates that the closest the country came to this was in 2009 when the percentage of the government's budget allocated to health was 12.3%. Since then, the percentage has been dropping to the current figure of 6.1% in 2020. Over that period, the countries population has risen from 24.2 million in 2009 to 31.1 million at the end of 2020 (an increase of 6.9 million) at an average annual growth rate of 2.25%. This has resulted in health system improvements across the continent lagging behind the continents population growth rate. The pressures on public health and sanitation have been worsening whilst the continents disease burden double. If the continent is going to continue along with this trend of positive replacement fertility these pressures will have to be reversed. A reversal can only occur if investments are made in health and social care underpinned by roadmaps and benchmark indicators.

The other issue that needs addressing is the skills mix required to equip this growing human resource to enable their employability. This is because, with the advancements in information technology, many of the jobs that were leveraged by Asian countries to improve the lot of their society have the potential to be automated and will not be available to be leveraged by Africa. This, if not specifically planned for, could result in large proportions of unemployable youth who will not contribute to Africa's economic growth and tax envelop expansion leading to a further decrease in the ability of governments to increase the proportion of budgets that are invested in health. This situation will complicate further the health access and quality problems.

Also, lack of jobs has been shown to have an impact on mental health; a reality Africa cannot ignore. With many countries on the continent lacking adequate mental health provision, this could further burden health systems and affect citizens quality of life. Should this occur, it could impact health security for the continent in the event a pandemic that shows no correlation between median age and mortality occurs. The probability of this happening on the continent is bound to increase as the expected population growth would lead to further deforestation, resulting in more interaction between humans and wildlife and the risk of unknown zoonotic infections.

The possible upsides to the projected population trend cannot be ignored too. Amongst these are the needs of the rest of the world for social care cadres as their populations age. Though these jobs are often low paid by the standards of these countries, they could become more rewarding for citizens of Africa. The chances are that this trend will result in the migration of health and social care as well as manual workers from Africa. Whilst this could improve the earnings of these migrants and increase foreign exchange remittance to the continent, the downside is that if not planned for the resultant brain drain could worsen health professional to population ratios on the continent. It could also lead to more reports of racially motivated abuse of these workers by their hosts and affect the quality and access to healthcare on the continent.

We will end by reminding readers that there is enough data as well as intellectual ability to ensure that we plan adequately for the generation yet unborn. We owe it to the continent to ensure this is done. It will be unfortunate if we do not avail ourselves of this data as that will let the next generation of African feel done by. They, unlike us ,cannot blame slavery should this occur. We believe if that happens, Africans cannot blame anyone but themselves. Just as we expected from the previous generation, the next generation will require that we plan and decently provide for them. Let's grab the bull by the horn and get to work knowing that though we may not be direct beneficiaries of our actions, we would leave a legacy worthy of emulating.