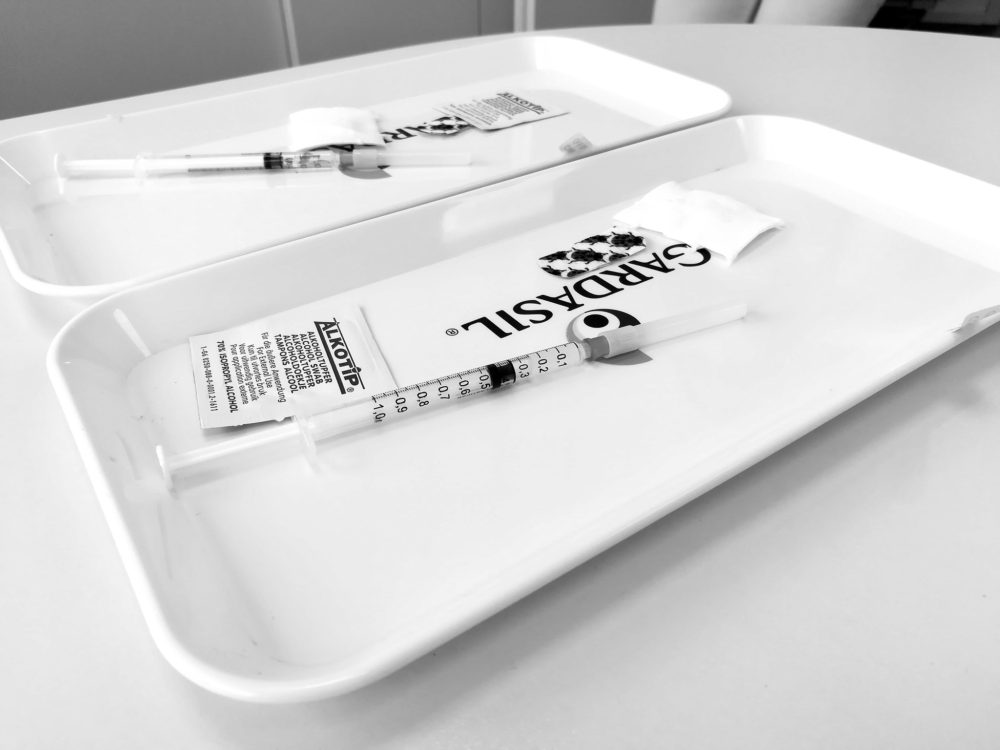 Prioritising the Health of the African Citizen

Frank Herbert in the "Dune Chronicles" states, "deep in the human unconscious is a pervasive need for a logical universe that makes sense. But the real universe is always one step beyond logic."

This week, the African Union special envoy on the African vaccine acquisition task team Strive Masiyiwa accused the world's richest nations of deliberately failing to provide enough COVID-19 vaccines for the continent. According to him, the COVAX scheme had failed to keep its promise to secure the production of 700 million doses of vaccines in time for delivery to the continent by December 2021. Elaborating further, he asserted that these countries were now filling sports stadia with sports fans when Africa faced a real risk of failing to open up socially or economically.

Listening to him, a lot of thoughts run through our minds. How did Africa found itself in this current situation in the first place? We remind readers that some African countries are in the eye of the third wave of this pandemic with new infections driven mainly by the Delta strain of SARS-CoV-2 virus which has a reproductive number of between 5 and 8. The Delta Strain is twice as contagious as the initial strain that emerged from Wuhan (reproductive number 2.4-2.6).

The potential impact of this strain in populations that are non-complaint with COVID-19 safety protocols, and with low vaccine coverage includes increased infection rates and hospitalisations. Should that happen, the additional pressure on Africa's health systems could lead to a rise in mortality and the risk of other strains emerging due to uncontrolled community spread.

Already, Felix Tshisekedi, the President of the Democratic Republic of Congo (DCR), indicated on the 12th of June that hospitals in that country's capital were overwhelmed by a rise in COVID-19 infections. A similar situation is playing out in Uganda too. The irony however is that the DCR was unable to utilise the initial doses of vaccines it received through COVAX, leading to them being redistributed. We are thus certain that Africa requires efficient rapid distribution of vaccines to ensure the rollout of the economic and social activity needed to sustain continental development.

That said, we cannot also fail to remind readers of certain failings by leaders on the continent during the initial stages of the search for viable vaccines. It is interesting to know that out of the 915 Phase I, II and III vaccine trials that have taken place globally, less than 10 have taken place on the African continent. Of this, most have taken place in South Africa. As a result of these trials, 16 vaccines have received either full or emergency approval, with 4 vaccines being abandoned. Can it then be said that the contribution of citizens on the African continent to COVID-19 vaccine development has been inequitable?

A cursory look at the origin of COVAX points to the fact that its inception didn't even have an initial African involvement. The worldwide initiative towards the equitable distribution of vaccines was initiated in April 2020 by the World Health Organisation (WHO), the European Commission, and the government of France as a response to the COVID-19 pandemic. The question that comes to mind is, "did African states not realise that should vaccines be found; we could find ourselves at the back of the queue?".

Mr Masiyiwa went on to state that, "It's not a question of if this was a moral failure, it was deliberate. Those with the resources pushed their way to the front of the queue and took control of their production assets." Based on the available information can it be said that those with resources deliberately set out to disadvantage Africans? Are we that forgetful to remember that approaches from vaccine developers for vaccine trial collaboration was met with the response that Africans were not guinea pigs? Or is it that leadership on the continent failed the citizens by demonstrating a lack of political will to encourage our scientist to collaborate with vaccine developers at the trial stage? How can it be then that the same people who wanted collaboration and were turned down, deliberately set out to disadvantage Africans?

Then there is the question of when African countries approached vaccine developers to obtain bilateral agreements to purchase vaccines. From the available information, most countries began discussions in December of 2020. As Mr Masiyiwa alludes, "when he met vaccine manufacturers in December 2020, he was told that all production capacity for 2021 had been sold." Were African countries not aware when the likes of Oxford-AstraZeneca put out notices as far back as March 2020 seeking sites to undertake Phase III trials? What did our leaders do then? When countries who were not involved in vaccine trials opted to pay in advance for vaccine supplies, did the African Union even have the Africa Vaccine Consortium set up? How then could we have expected that the vaccine producers will have us jump the queue?

In a recent publication we cited, the impression was being created that the Ghana government, through the Ministry of Health (MOH), were putting pressure on the FDA to approve other vaccines. It will be strange if this turned out to be true as the approval processes for Emergency Use Authorisation (EUA) is well laid out. To start with, a data dossier of the vaccine under consideration must be submitted to the regulator for review. This review will look, amongst others, at the vaccines ability to prevent infection, minimise symptoms, prevent hospitalisation, should and prevent death.

Our view is that Africa has to learn from this disproportionate vaccine supply chain and work to ensure that we place ourselves at an advantage in the future. We are therefore pleased with the move by the Food and Drugs Authority (FDA) in Ghana to authorise two new vaccine trials, one for the Sputnik light vaccine and the other for the Sanofi vaccine. Already, three vaccines have been approved for use in Ghana by the FDA (Oxford-AstraZeneca, Sputnik-V and Johnson and Johnson). None of these has significant trial data in people of African heritage.

The regulator will be failing in its duty of care to Ghanaians if they granted EUA for a vaccine that does not meet their specifications. More importantly, such vaccines even if approved, will not provide a positive cost-benefit to the country by way of minimising contagion and enhancing the quest for herd immunity. This is why having Phase III trials amongst Ghanaians and obtaining data specific to our population is of great importance.

With the current vaccine supply constraints, there is a high likelihood that should these trials Ghana is participating in becoming successful, supplies of these vaccines may just be what will help the country turn the corner with an exit strategy that will see our economy open up. We believe more African countries should avail themselves of such trials if approached. That is the only way the frustrations of many like Strive Masiyiwa can be addressed.

The lessons from COVID-19 for us are clear i.e., even at the height of a global pandemic where it is known that no country is safe until worldwide herd immunity is achieved, Africa will not be a priority until we collectively decide to prioritise our interest. Without that, we will continue to apportion blame for our shortcomings and feed off the crumbs of those who prioritise their taxpayers. Sad as this may sound, we must allow these realities to sink in. The truth is Frank Herbert was right. Africa needs to go a step beyond logic to prioritise the health of its citizens.