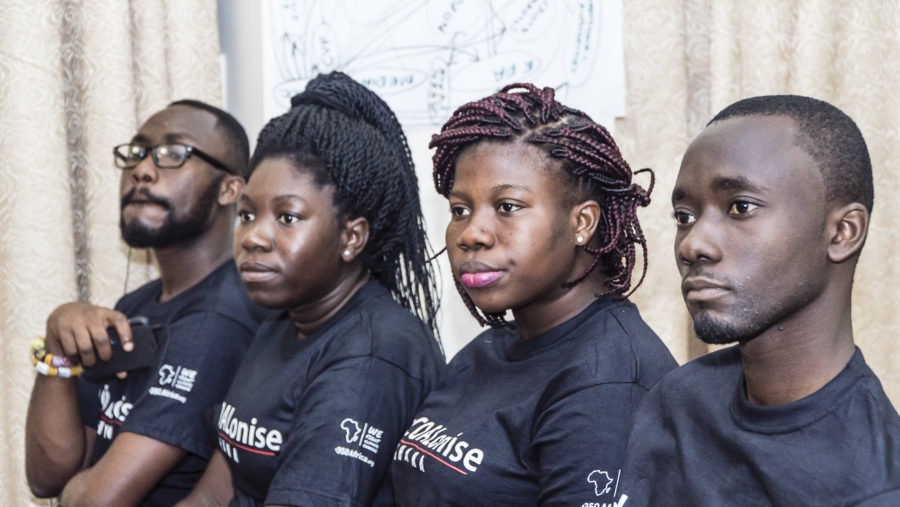 “There comes a time when you look into the mirror and you realize that what you see is all that you will ever be. And then you accept it. Or you kill yourself. Or you stop looking in mirrors.”

According to a World Health Organisation (WHO) document in 2014, across the world, approximately 71,000 adolescents die due to suicide yearly; and up to 40 times as many adolescents attempt suicide. Suicide is ranked as the third major cause of death during adolescence. By 2019, suicide had become the leading cause of death amongst people between the age of 15 and 29 years, based on another WHO report. In the last decade, these trends seem to have been playing out in Ghana too.

On the 25th of July 2020, it was reported that a second-year female student of Ejisu Secondary Technical Senior High School had attempted to take her life following an accusation of theft by the Assistant Headmaster of the school. The circumstances surrounding why they were stripped of most of their clothes and locked up overnight was too much for the lady to deal with, resulting in her suicide attempt. When the teacher was asked about the incident, he justified the action by claiming the two students were not forthcoming with a confession. He was oblivious of the impact of his action on the student’s mental health and the subsequent events that resulted.

Appearing before parliament last week, Kwaku Agyeman-Manu, the health minister indicated that 41% of Ghanaians suffer some form of psychological distress. He went further to state that an estimated 3.1 million Ghanaians (approximately 10% of the country’s population) have one form of mental disorder. A critical look at these statements leaves us intrigued. To start with, it gives an impression that a large majority of people who have had psychological distress are not captured as having suffered a mental health episode. This view does not tie in with the definition of impaired mental health.

Impaired mental health is said to occur when a person’s state of wellbeing is challenged such that the individual’s coping abilities are hampered and they are unable to contribute to their community.

This definition which is globally accepted captures psychological distress and leaves us to wonder why that disaggregation was made by the health minister. It also suggests that we do not consider the initial triggers that lead to deterioration in a person’s mental health as part of the events that ultimately lead to a suicidal attempt. Is it then surprising that the Assistant Headmaster was oblivious of the harm his actions could have led to?

According to Polaris Teen Centre, 50% of all lifetime cases of mental illness will develop by age 14, and 75% by age 24. It is therefore surprising that in our country, we have historically believed that children lack the stresses of life that may precipitate a deterioration in their mental health. The truth is, at any point in time, one in two of all humans on the planet will have some form of mental health challenge. Therefore, it is not surprising that we are seeing an uptick in attempted suicide amongst the youth.

Amongst the stresses that are known to trigger the youth off include social stress, isolation and substance abuse. Other factors that have been implied include emotional, sexual, or physical abuse, bullying, educational pressures, unstable family setting, a feeling of inadequacy and despondency towards the future.

Readers need to note that most of these factors pertain in Ghana today and are confronting our youth daily. We find it therefore strange that, as a people we have been oblivious of these challenges and have failed to take mental health seriously. In our culture, any attempt on one’s life is not seen as a cry for help but a crime punishable by law. For those who survive, dealing with the societal scorn is enough for the victim to try again to end it all. We hold the view that this alarming trend will not be reversed unless we begin to identify with these challenges of the youth.

As parents and guardians, we must dispel our minds of the misconceptions around mental health. From the approach of our generation, many of us adults likely have mental scars that we never talk about. We continue to suppress our issues because discussing them was, and is still taboo. Rather than deal with the skeletons in our closets, we run the risk of compounding our society’s mental health burden.

It cannot be right that the generation after us does not have the gravitas to deal with the pressures of growing up. We cannot claim that we were more resilient. The difference in our view is that, unlike our generation, the youth of today have access to more information and realise that it is not okay to bottle their sentiments up when they are struggling with their identity. Unfortunately, we have not put the structures in place for them to speak up and get help. As a result, that they are relying on information from their peers and the internet to conclude as to what their options are.

In the end, the options they choose invariably harms a lot of people. Estimates indicate that for each attempted or successful suicide, between 135 and 150 people are directly affected.

The number of people affected is a result of Dunbar’s theory that suggests that an individual can handle up to about 150 relationships. According to his theory, the tightest circle has just five people who are loved ones. This is followed by successive layers of 15 (good friends), 50 (friends), 150 (meaningful contacts), 500 (acquaintances) and 1500 (people you can recognise). It is suggested that most people who are seen as relationships are directly affected anytime a person attempt to take their life.

Apart from this direct impact, there is the human resource aspect which can be measured using years of life lost (YLL) and years of productive life lost (YPLL). With a median age of suicide of 19.5 years, YLL for suicide victims in Ghana is approximately 44.5 years based on our current life expectancy of 64 years. Also the YPLL is 40.5 years based on a retirement age of 60 years. These number of years, though crude, is an indication of the amount of GDP and development potential we are losing because we fail to get a grip with mental health and by default suicide.

We cannot do this if we fail to level up with the youth in a manner that gives them the confidence that they can share their concerns with us and that we will be non-judgemental. There also needs to be avenues for the youth to find help if their concerns are beyond our parenting abilities. Such facilities are not easy to come by; but must become a national priority. The point at which the youth look into the mirror and see an image that lacks semblance to themselves must be the latest point at which interventions begin. To allow them to go beyond this point will be putting them in a place where they will begin to contemplate their options, one of which unfortunately may be to end it all. Even if they choose not to or fail in their attempt, their lives and ours may never be the same.