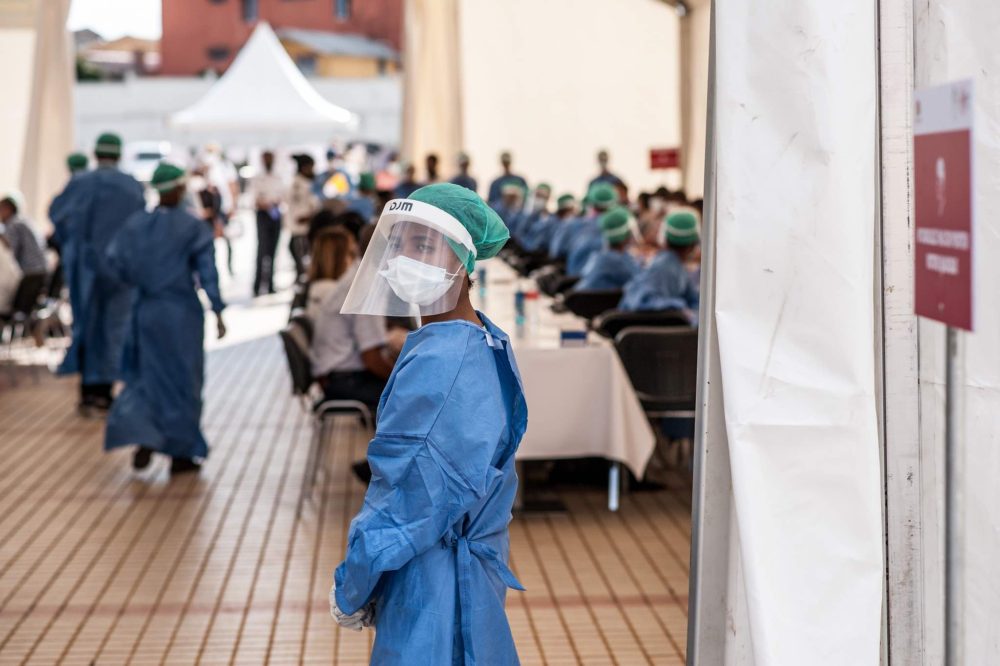 On Wednesday 25th of July 2021, Tedros Adhanom Ghebreyesus, the Director-General of the World Health Organisation (WHO), warned that anyone who thought this pandemic was over because cases are under control in their country was living in "a fool's paradise." He went on to say that his organisation predicted that more than 100,000 people will die globally between when his statement was made and the end of the Tokyo Olympic Games on the 8th of August. If serious steps are not taken and this prediction plays out, it is expected that 4,000 people will die from COVID-19 daily over the next three weeks.

These deaths are expected to occur disproportionately in populations with low percentages of people vaccinated for COVID-19. This is because as of the 15th of July, data available from Public Health England indicates that vaccination with a single dose of the Pfizer-BioNTech or Oxford-AstraZeneca vaccines reduces the risk of death by 70 to 85%. For fully vaccinated people (those who have received two doses), these vaccines are effective in reducing mortality by between 75 to 99%.

Considering that 75% of all vaccine doses administered globally have been in only 10 out of the 194 nations who are members of the WHO (5.15%), it is expected that these predicted mortalities will occur in the remaining 94.85% of countries where vaccination numbers are low. This puts African countries in the eye of the storm as currently, only approximately 0.92% of COVID-19 vaccines have been administered on the continent. With 24 countries on the continent indicating that they are experiencing the third wave and new cases increasing in almost every country, we are of the view that vaccines may not be the option for African countries in the short term to get through the current surge. We also believe that if the few who have been vaccinated either partially or fully do not comply with the non-pharmacological protocols, they could send the wrong signals and prolong this third wave.

Our views are based on the duration of protection against SARS-CoV-2 infection following vaccination. Based on the available data, after the first vaccine dose, it takes approximately three weeks for optimal protection to occur and a further two weeks after the second dose. This suggests that if both doses of the vaccines were to be made available with an eight week window between the first and second dose, countries will require at least three months for individual protection to be conferred for those vaccinated. For community protection, however, this will take even longer and depend on how quickly the herd immunity threshold can be reached. The rate-limiting steps for herd immunity are the speed of vaccine roll out, the extent of vaccine hesitancy experienced, and the higher proportion of the population below 18-years of age.

Factoring herd immunity, therefore, makes the situation even more tricky. This is because it is predicted that in most countries, the delta variant of this virus will become the predominant strain driving community spread. With this variant having a reproductive number between 5 and 8, the herd immunity threshold can be estimated to be at least 83% of the adult population. With 40% of Africa's population below the age of 18-years and with only the Pfizer-BioNTech vaccine licensed for use in people below 18-years, the continent will be way off the quest to achieve herd immunity. This for us is further indication that African countries will have to improve compliance with non-pharmaceutical protocols if the current wave is to be brought under control.

We will use Ghana where approximately 1.31% of the population have had two vaccine doses and a further 2.7% have had a single dose, to illustrate the challenges that we foresee. With such a low vaccination cover and 96% of the population being susceptible, several scenarios could play out. For the vaccinated population, because their numbers are significantly low, their individual protection may not be enough to keep them safe if they fail to comply with the non-pharmaceutical protocols of wearing a face covering, hand hygiene and the avoidance of crowds.

Should a vaccinated person get infected, vaccines are between 55 to 70% in preventing symptomatic disease after one dose and 65 to 90%, fourteen days after the second dose. Though there is evidence to prove that vaccinated persons are at a lower risk of transmitting the virus because of a decreased risk of becoming infected and the likelihood of a reduced duration or level of viral shedding, studies have shown that some can still contribute to the community spread of SARS-CoV-2. This was confirmed by a recent household transmission study in England which found that household contacts of cases vaccinated with a single dose of a COVID-19 had approximately 50 to 65% risk of becoming a confirmed case of COVID-19. Hence, in a population with low vaccination coverage, such vaccinated but infected people could unknowingly spread COVID-19 if they are not observing the public health safety protocols. This is another reason why using vaccination status as a predictor of inability to contribute to community transmission is scientifically flawed.

We would want to remind readers that the correlation between the number of people getting infected, becoming hospitalised, and eventually dying is stronger for the delta variant due to its ability to spread quickly, overrun health systems and decrease the quality of care patients receive. Africa can see from what happened in India between late April and early June that this if allowed to happen, it will not be a pretty sight.

If a similar situation is allowed to play out in Africa and should high mortalities be avoided, the resultant end-organ damage that could occur is another health burden that cannot be ignored. This has been found to occur even in people who were infected but were not hospitalised; and could be the driver of the long COVID syndrome that is fast becoming a public health concern in many European countries.

Whilst Africa should continue in its quest to obtain enough vaccines for its population, the present situation demands that citizens whether vaccinated or not strictly comply with all the COVID-19 protocols if this third wave is to be controlled. There may be a prediction that 100,000 deaths could occur in the next three weeks and with less than 2% of Africa's population vaccinated, most likely the continent could bear the brunt. However, it is within our grasp to use inexpensive behavioural actions to ensure this cup passes us by.