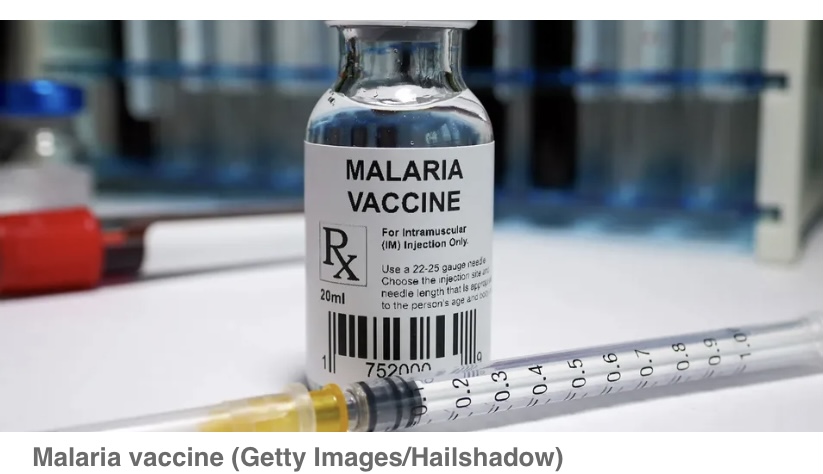 Vaccine Available: What Next for Africa's Fight Against Malaria?

On the 12th of June 2021 at the G7 Summit in Cornwall, Kenyan singer, rapper and songwriter Don Chrisantos Michael Wanzala better known as Don Santo stated that "what the world needs today are alliances that improve the lives of people by creating opportunities and not cheap public relations stunts." He went on to say, "where I come from, we say kwa ground vitu ni different".

This week, the World Health Organisation (WHO) recommended the widespread use of the RTS,S/AS01 (RTS,S) malaria vaccine with trade name Mosquirix among children in sub-Saharan Africa and in other regions where there is a moderate to high transmission of Plasmodium falciparum malaria. To say this is a landmark moment globally is an understatement. Throughout history, malaria has been a major cause of ill health and mortality amongst humans.

Though there is enough evidence to suggest that the lifecycle of the mosquito can be disrupted to prevent the transmission of malaria, humans have failed to achieve this. In the past, some countries have tried to use chemical means to eliminate the mosquito. In 1963, Sri Lanka was able to drive down their annual cases of malaria to 17 from a high of over one million using the dual agents of Dichlorodiphenyltrichloroethane (DDT) (to kill mosquitoes) and chloroquine (to cure infected people) . Unfortunately, this approach was capital intensive and could not be sustained. Compounding this further was the ability of mosquitos to develop resistance to DDT and the Plasmodium developing resistance to chloroquine.

The result was that by 1969, the annual caseload had risen to over 500,000. This scenario has played out in many other countries rendering antimalarial drugs that were previously effective incapable of treating the disease. Currently, most malaria treatment programs globally rely on combinations of medicines to achieve the desired objective.

On the African continent, though lip service has been paid, eradication of malaria has never been on the cards. This is partly because the malaria economy, both legal and illegal, has been very viable. The underpinnings included the manufacture and sale of all sorts of preventative and curative malaria paraphernalia such as mosquito nets, coils, insecticides and antimalarial drugs. In parallel to this is the sale of spurious, substandard and counterfeit antimalarial medicines. The percentage of these unwholesome medicines on the African continent vary. However, on average, it is estimated that about 30% of these medicines on the continent are unsafe for use in the health supply chain.

A study by the London School of Hygiene and Tropical Medicine (LSHTM) indicated that these unsafe medicines costs patients and healthcare providers in Sub-Saharan Africa US$38.5 million in future care needed due to the failure of their first treatment. It is also estimated by the WHO that these types of drugs may be responsible for up to 116,000 deaths from malaria each year in Sub-Saharan Africa. In the statement announcing the recommendation of this new vaccine, officials also indicated that malaria accounts for the death of more than 260,000 African children under the age of five annually. The historical antecedence thus suggests that if robust preventative measures are not found, the fight against malaria may only be by name. We are therefore elated that this first vaccine has seen the light of day with some African countries partaking in aspects of the final trials.

Since Mosquirix received a positive opinion from the European Medicines Agency (EMA) to be used in children between the ages of 6 weeks and 17 months, the journey to Phase III trials was commenced. In 2016, the WHO requested countries to express interest in participating. This led to the identification of three countries (Ghana, Kenya and Malawi) as sites for piloting. Since the commencement in 2019, 2.3 million doses of the vaccine have been administered in these three countries. The data available from these pilots have been very encouraging. The vaccine has been shown to have a good safety profile with no serious adverse effects reported. It has also been shown to cause a significant reduction (30%) in deadly severe malaria in all countries

With the vaccine available, the next obstacle in the fight against malaria will be funding to facilitate rollout. As the WHO said in their press release, “the next steps must include funding decisions from the global health community for a broader rollout.” The question therefore will be whether Africa will rely on Gavi, the Vaccine Alliance and similar agencies who funded the pilot to shoulder the cost. Alternatively, is the continent willing to be responsible for the procurement of this malaria vaccine? We are aware that many African countries have seen their financial positions worsen due to the COVID-19 pandemic. However, this pandemic has also brought to the forefront that reliance on the global community for vaccines is not sustainable. One only need to look at the data for the percentage of fully vaccinated people on the continent to conclude that Africa would have to use a different approach to ensure this malaria vaccine is available in the shortest possible time to all children born on the continent.

As at the time of writing, only 13 of the 54 countries on the continent had managed to fully vaccinate the expected 10% of their population against SARS-CoV-2 by the 30th of September deadline set by the WHO. Most are relying on COVAX to ensure that they would meet the next deadline of fully vaccinating 40% of their population by the 31st of December 2021. With many of the continent's political leaders stating that our health systems can not be underpinned by charity any longer, Africa must demonstrate, using this new vaccine, that we understand the value of health investment and are willing to back our words with our deeds.

Countries on the African continent, with a high prevalence of malaria, need to take a cue from the speed with which vaccines for COVID-19 were developed, and understand that an available market is a huge incentive for pharmaceutical research and development. They must also take note that with the approval of the first vaccine for malaria and the enthusiasm that has greeted it, there is going to be a global refocusing on this endemic disease. Africa cannot afford the loss of this momentum simply because countries most affected by the plasmodium could not get their act together to fashion out a viable funding strategy.

We believe there is enough to learn from the likes of COVAX and the African Union's initiative to source COVID-19 vaccines for the continent to get this malaria vaccine opportunity right. Posterity will not forgive us if amid a viable vaccine, infant and under-five years mortality due to malaria is not driven down significantly. This vaccine must not become another "kwa ground vitu ni different." for Africans. Getting this right will require a plan and bold leadership. Let us not make these our Achilles heel.